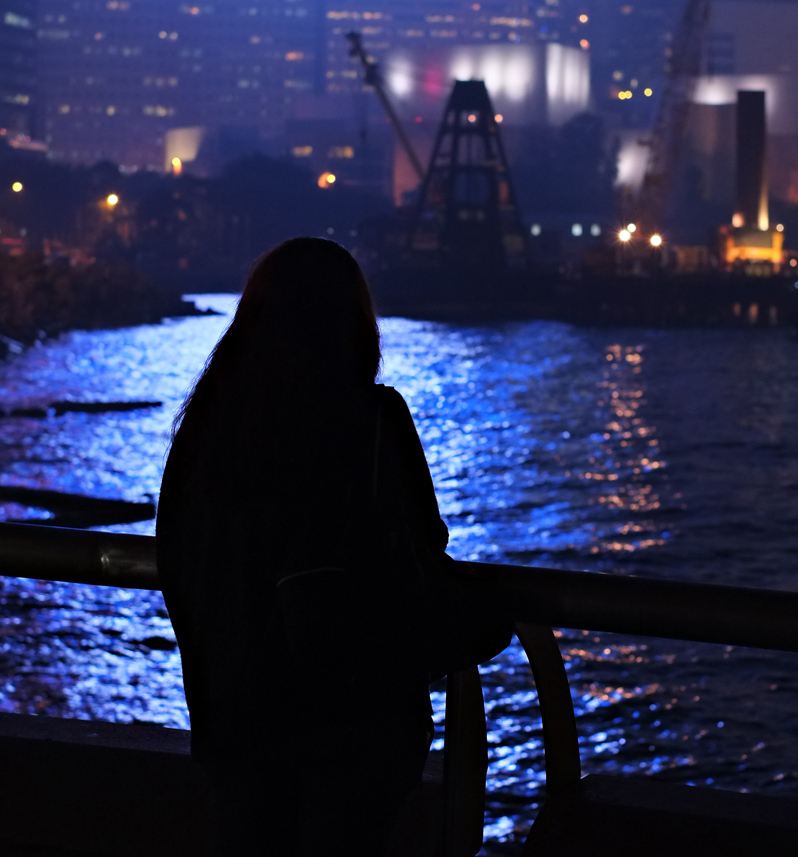 At the edge of Central is this disappearing part of the harbour...

Also capturing me was this eye-catching "newcomer".

Finally, I also took the opportunity to get this rather touristy shot "the Star Ferry".

"3 days & 2 nights with the Fujifilm X-Pro 1" The images included in this series (starting here "2012") were taken with a sample of the newest Fuji. Only a few rounds of shooting were enough to convince (astound) me of its improvements over the X100 and get me real excited. However, I was requested to return it in just two days time (which I insisted to be extended for one more day). Making the most of this limited time, I've tried to document some old streets and familiar places of my city as much as I could... When I returned the gear, I noticed that 1,000+ shots have been taken!!! The pics being shown here are the ones I like most. Hope you enjoy!:-)

Stu from From Scotland | Living in 京都 Kyoto, Japan

A moody and evocative shot Hugo. The X-Pro 1 was in good hands.

A great shot with gorgeous lighting, colors and excellent details.

A kind of blue...
Beautiful image, and I realize the previous ones have been made with the same camera which seems very promising.

Yes ! So there is a sequel to the x-100 with better performances, it that it ? I heard the x-100 had some pb and preferred to wait for a better one, is it this x-pro 1 you're testing here ? Night shots quality, colors, depths, bravo & thanks for being the super tester for us, i can trust your abilities & feelings so much we are lucky to have you sharing your images & eye here. Thanks.

@k@: Even if I have said this before, I have to say it again: your warm words mean so much to me k@!!! I must be the most "unprofessional tester" in the whole world - I never have had the time or even more important, the interest to dig into technical details of the equipment and do all sorts of tests and comparisons... My passion is to take pictures, to capture what I see and feel; the only thing I care about the cam is how well it can help me do that! I must also be a very lucky guy cause good friends like you (and Fuji HK... yes, I treat them as good friend and vice versa!) know me so well! My heartfelt thanks!!!

I really mean it, from your eye i can trust the camera performances much better than any add Fuji could publish. I look forward for your 999 other ones now ;) I just read it has now 16MP (instead of 12 like my buddy Nikon ?), mhh.... yum-yum ;) And have a good week, Hugo*

Good photo. I look forward to see the others.

The blue mood is exquisite, as well as the silhouette and night atmospherics... they all come together to make a terrific image Hugo.

In such tones and mood, i feel the city is like a family! I am not quite a fan of gears but i do appreciate and love the good quality one and its output..You the best:)

Ah, so you can finally reveal your new toy :-) You still sound very excited aout it I'm glad to hear - 1000 shots in 2 days!!! I guess the next annual quota for this site is already sorted :-)
I see a lot of people are finding your pics around the web - all desperate for a full size hi-res shot.
Looking forward to seeing more...

Hi Hugo!....I was hoping that Fuji might have loaned you one of these new cameras to play with for a while!
I still have my old Fuji F31 and it's really great to see Fuji doing so well again with it's latest batch of cameras and this new X Pro-1 must be the most innovative and exciting of the bunch!- I read that this new Fuji sensor design (with no anti-alias filter) means that it should out-resolve the 21mp Canon 5D Mk II.

@Ian Bramham: Exquisite rendering of details, beautiful dynamic range, vivid and natural tonality... Most part of this image, for instance, were actually untouched.:-)

The light, mood and colors are stunning in your magical frame Hugo!! Simply awesome my friend:)

So you got to test the X pro-1. And you made the camera sing beautifully in this photograph. The background's colors are excellent, and the silhouette forms a wonderful composition. I'll be waiting for more of your images with this camera.

Lovely composition with the silhouette on the wonderful blue of the sea by night.

quite a unique shot

Hello my dear, i dare to advice you don't miss Phil's story, i bet you'll love it as much as I did, it's a balm on our heart. Enhoy*

@k@: What can be more touching, inspiring, enlightening and charming!!!!! Thank you k@!

As blue as a Miles Davis solo.

The most striking photo I have seen today, its like a still in a movie, like bladerunner,
where we expect to see astonishing things. This photo gives us those chills, and the
simple but profound beauty of the lights and the water which captures all those lights,
and all that beauty, and then some ! Magnificent.

Amazing exposure Hugo, so rich and contrasty in the foreground but fading away nicely (without losing colour saturation) at the back!
The quality of the low light handling is once more very pronounced.

a beautiful light here, I love the mood

A very gorgeous image, Hugo. In your hands, that camera seems to sing . . . and dance.

Incredible light and drama. Like a shot out of a movie. THis is excellent!